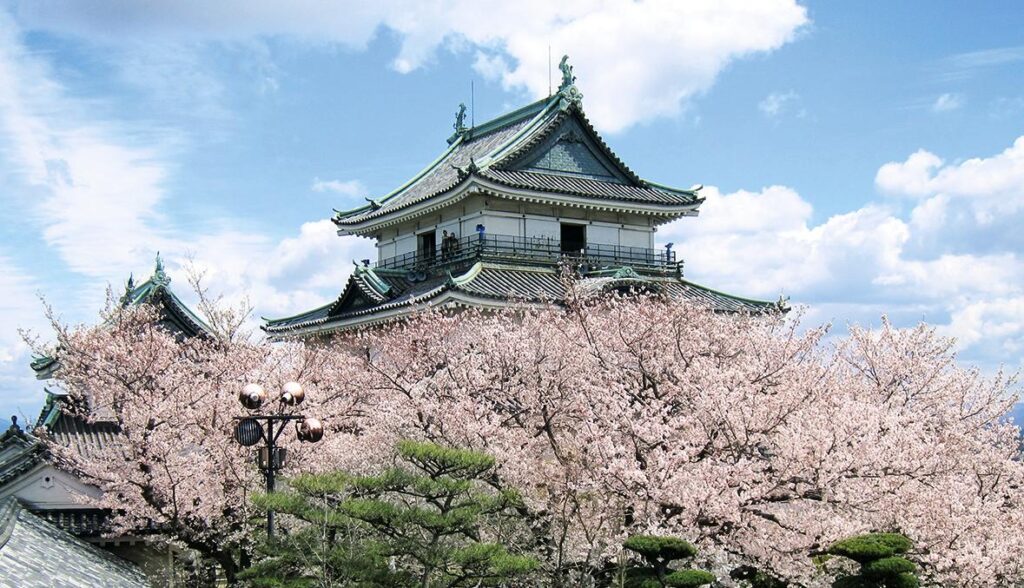 SUBSCRIBE
AND BE THE FIRST TO GET NOTIFIED ON NEW POSTS

Wakayama castle was used as residence by the Kishu Tokugawa families until the abolition of the Han system in the Meiji Era. The Okaguchimon Gate (important cultural property), and the stone walls which are built by stacking natural stones, are the same as they were from the old days.

The castle tower, which was restored after the the war, now holds an exhibition room of ridge-end tiles and armors. The view of Kinikawa River from the top is also a sight to not be missed.

Nishinomaru Teien Garden is designated as a place of scenery especially in the autumn season where the maple leaves are spectacular.

Koriyama Castle is a loving symbol of Yamatokoriyama City built in 1580. With an aim to build magnificent walls for the castle, boulders and stones were collected from every possible source such as Buddhist statues. Even to this day, the remains of a Jizo statue can be found placed upside down among the pile of stones on the north wall of the foundation of the castle tower.

This Japanese castle was destroyed in the Meiji Period, but parts of the inner and outer trenches remain.

Onigajo Castle, is a National Site of Scenic Beauty and also a National Nature Treasure. It is located at a beetling cliff that extends to the deep blue sea. This cliff is known to scare people as it gives a mysterious vibe as if devils were living there.

The castle was formed by uplifting rocks due to earthquakes, erosions from waves and winds, and formations of big and small caves and holes.

🌎Official Website: http://onigajyo.jp/ (Japanese Only)
📍 Map : https://goo.gl/maps/E2X6ZD9Nu4ukgRAB6
🚇Access: From Kumanoshi Station (JR Kisei Line), take the bus headed for Omataokubo and get off at Onigajo-higashi-guchi

This is the first castle that Hideyoshi Hashiba (Toyotomi) had as the owner of the country. However, this Japanese castle became deserted after the Siege of Osaka.

The current Nagahama Castle was restored in 1983 and the inside is now a museum where you can find historical and cultural materials.

The Ho park that surrounds the castle is a famous cherry blossom viewing spot.

Osaka Castle was constructed on the ruins of Ishiyama Honganji Temple by Toyotomi Hideyoshi as the base for national unification. The castle fell during the summer campaign of the siege of Osaka and was reconstructed under the Tokugawa regime. However, the Tenshukaku (castle tower) was burned down by lightning. The current Tenshukaku is the third generation.

Inside the castle, visitors can enjoy the castle from various ways including historical documents, dioramas, and videos. There are also many attractions to enjoy such as the magnificent stone wall embedded with gigantic stones, the Oten-mon gate and numerous turrets.

Himeji Castle was registered as Japan’s first World Cultural Heritage site along with Horyuji Temple in 1993. Because the castle resembles a Heron bird spreading its wings, it is nick named “The Castle of White Heron”.

Seventy four properties in the castle such as turrets and gates are kept as important cultural assets.

Moreover, this beautiful castle is interesting because it is built with many gimmicks that prevent evasion by throwing the enemies off.

The castle is illuminated after sunset and is a sight that should nit be missed.

Fukuchyiyama Castle is built by the military commander Akechi Mitsuhide around 1580. The castle tower, the stone walls, and the gates still exist for us to admire till this day.

In spring, the road facing the castle tower are lined and colored with blooming cherry blossoms.

The castle tower is also lit up everyday!

🌎Official Website: https://www.fukuchiyamacastle.jp/
📍 Map : https://goo.gl/maps/iN2W2M7y4iEkXZM97
🚇Access: Take the train (JR Saninhonsen Line) and get off at Fukuchiyama Station. The castle is a 16 minute walk away.
Or, take the bus to Fukuchiyama-koen-mae and walk for about 4 minutes

1 thought on “Japanese Castles: 7 Must-Visit Castles in the Kansai Region”